WFP Algeria was the big winner at last week’s WFP Innovation Pitch Night, with ‘Hydro-Sahrawi’ nabbing the Jury’s Choice award in an evening of high tension and bold thinking.

The initiative - which allows refugees to grow high-quality animal fodder in low-tech hydroponics containers - was one of seven unique ideas that pitched at the event held at the home of WFP’s Innovation Accelerator in Munich, Germany. 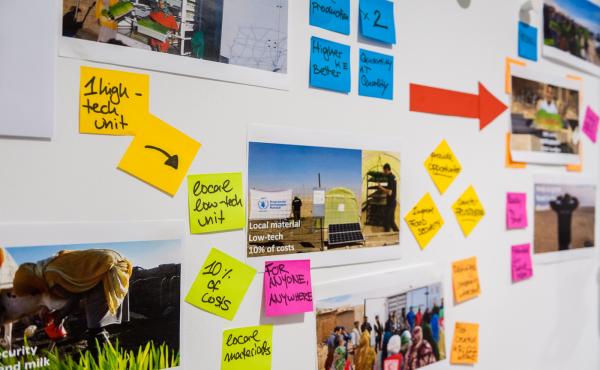 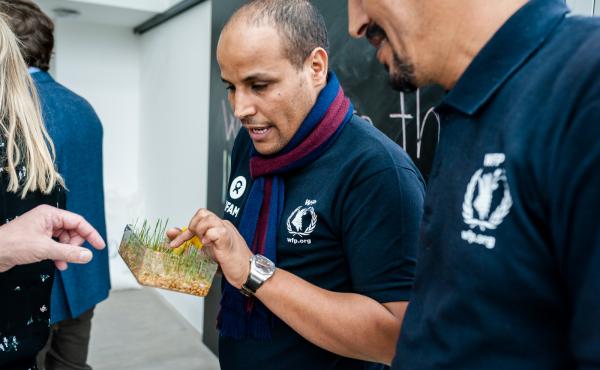 Growing Food in the Algerian Desert

Launched in 2016, the Hydro-Sahrawi project uses low-tech recycled shipping containers that are specially designed to quickly grow green animal fodder in the harsh desert environment. With the help of solar power, barley shoots are grown in a partially controlled environment in 7-day cycles, with one unit alone providing enough fodder for up to 30 animals per day. The fodder is used to improve the Sahrawi’s livestock milk and meat production, and ultimately improve the food security of the reliant community.

Taleb, an agriculturalist with Oxfam and whom works alongside WFP on the project, explained how the low cost and locally built hydroponics containers “...hands power to the people we serve to strengthen their own destiny”. As well as expressing her delight at the award, Soazic Dupuy, Programme Officer with WFP Algeria, outlined what’s next for the project. “Now we have the model in place, we want to test the best way to grow the number of people who use it, be that through household management, local cooperatives or by supporting local entrepreneurs and businesses.”

WFP’s Director of Innovation and Change Management, Robert Opp, also congratulated the team. In highlighting the team’s progress to date, he hoped that the pitch night would present new opportunities for donors and supporters to help scale innovation projects at WFP, such as the one in Algeria.  You can read more about the project here. 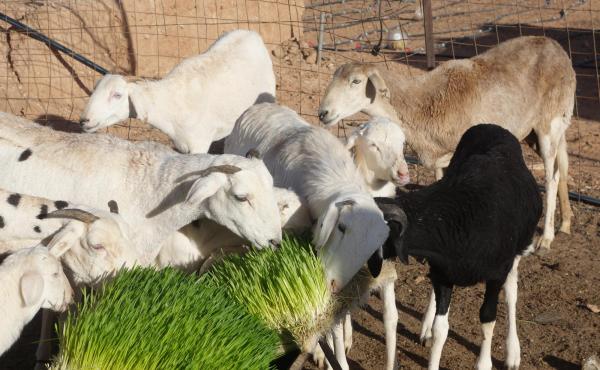 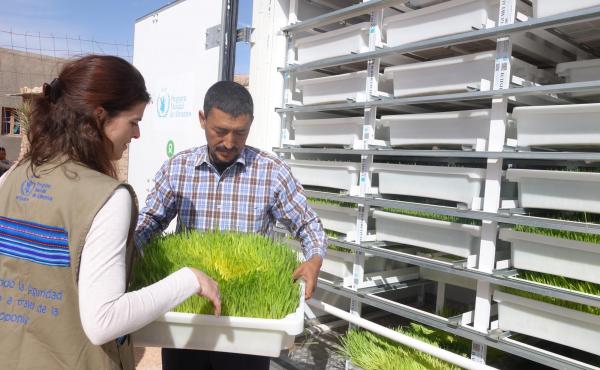 Hydro-Sahrawi wasn’t the only project to catch the eye.  Raul Saenz, an Engineer with WFP Malawi, believes inventiveness and better use of natural resources at hand can reduce the amount of food imported from across the globe. With a team made up of WFP staff from Malawi, Egypt and HQ, Raul thinks his ‘Sustainable School Meals’ project can leverage Malawi’s abundance of natural resources, such as water and arable land, to help local communities grow their own school meals.

Another project to score highly amongst the jury was Building Blocks, WFP’s recent foray into the world of blockchain. Claiming the technology could transform the way in which WFP delivers aid, Houman Haddad invited the audience to provide the funding and technical support needed to maximise its potential. An “innovation that will rival the impact of internet”, blockchain is a trusted way to track the ownership of assets without the need for a central authority, which could speed up transactions while lowering the chance of fraud or data mismanagement. Crucially, its peer-to-peer nature removes the need for verification from costly intermediaries such as banks or other institutions. 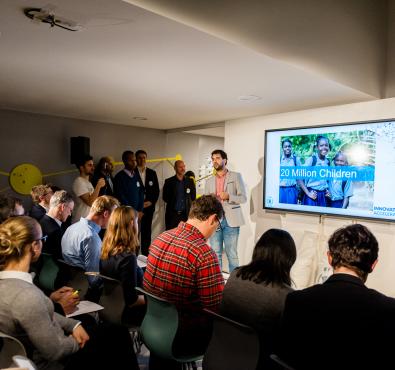 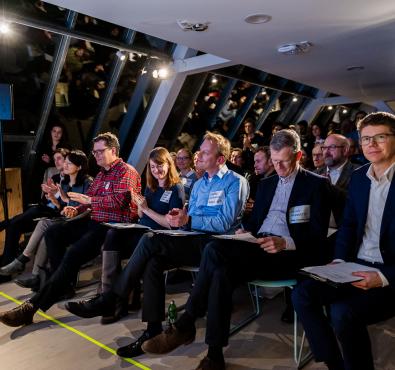 The Pitch Night was the final act of an intensive, week long workshop that brought together ten WFP innovation teams, including winners of the 2016 WFP Innovation Challenge. Boot Camps are often the first stop on the journey for  projects and start-ups supported by the Accelerator. Over the course of 5 days, innovation and humanitarian experts help entrepreneurs deep dive challenges, ideate solutions and refine project plans. From our office in Munich, Germany, teams combine innovation techniques such as human-centred design and lean start-up with world-class support from external partners and experts. Field staff bring WFP’s deep field knowledge, operational excellence and awareness of the most pressing challenges on a ground level.

Teams from as far afield as Tanzania and Iraq pitched their ideas to a ‘sold out’ audience of WFP colleagues, private sector guests and the general public. In addition, more than 17,000 people tuned in via a Facebook LIVE. To learn more about the teams, re-watch the pitch event via the video below.